You are at:Home»Art»Artist Neo Mahlangu speaks about her world of art

Neo Mahlangu’s bodies of work are a collection of small testimonies of how technology has influenced her life. Her latest works dive into a merger of people with technology, and how that plays a role in their identity. Technology is an unnatural entity yet human beings have come to rely so heavily on it. It has become second nature. But the reality of this is that it’s not natural. Why have we allowed this to become so engrained in who we are? Those are the themes that she challenges in her work. 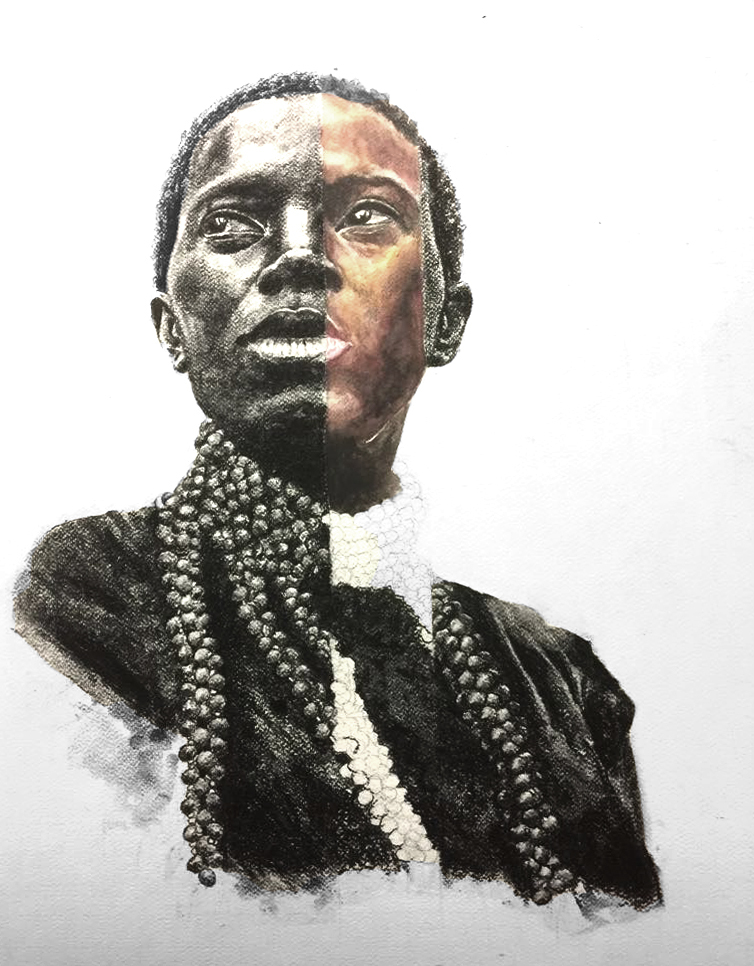 The simplicity of Esther Mahlangu’s work greatly influenced her style of keeping her own art work straight to the point. Mahlangu’s work takes you on a journey that interrogates the user to question if they, during the day, may be or have been in the shoes of the subjects of her work. Her work connects with the viewer on an intellectual level, finding common ground in the types of experiences she’s had between her relationships, technology and culture, but creating them in way no other person has. 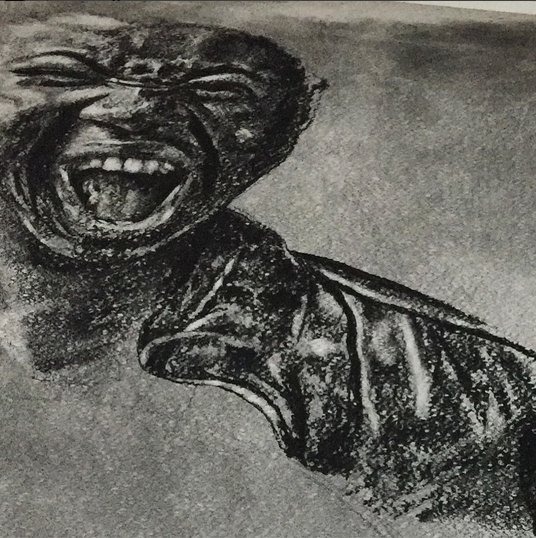 Ideally Mahlangu would like the viewers to take a moment of introspection when they look at her art and consider taking a break from all of the technology and apps that steal our time and identity to connect with the things that really matter the most. Her works Titled: “Feelings” ,made from Medium Acrylic & Charcoal on Fabriano are currently showing at the August House Gallery in Maboneng

Mahlangu is currently being represented by M Studio’s located at the August House, 76 End Street. Contact Curator and director Sarah Mcgee on : sarahmcgee@mbstudiocommunity.com or call on 084 491 0094