You are at:Home»Current Affairs»Why was Mcebo Dlamini denied bail 3 times? 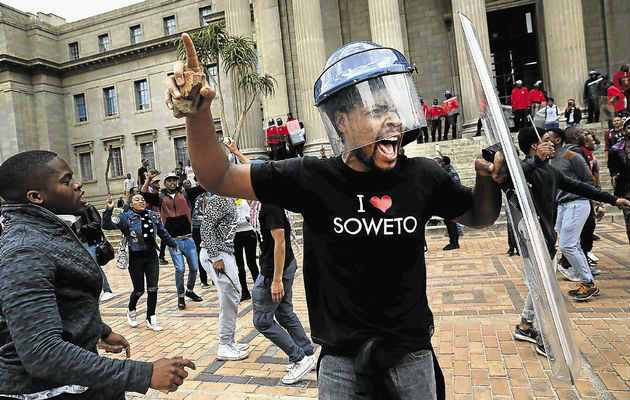 Mcebo during the #FeesMustFall protest

Mcebo Dlamini the #FeeMustFall activist has been denied bail on three occasions since his arrest last year on charges of theft, assault, public violence and malicious damage to property during the #FeesMustFall protests.

The Johannesburg High Court has found that Dlamini was improperly denied bail by another court. Judge Ratha Mokgatlheng said “Dlamini’s constitutional rights were violated when he was denied bail in the regional courts, because the State failed to give the student activist the opportunity to study the evidence which lead to the decision.” He added that “In my view, the magistrate should have ordered the State to grant the defence access to the video tapes and any statements made by the police fingerprint experts.”

Dlamini says he is feeling strong: “It was gross and dubious to have us behind bars for almost two months.” He also says he appreciates his time behind bars and would be willing to go back to expose ills in correctional services.