You are at:Home»Bloggers»Why are South Africans denied access to Saldanah bay beach?

Earlier on the eve of Christmas, a commotion erupted over an apparent move to restrict access to one of the beaches in Cape Town. Reports have been showing that Saldanah Bay residents were issued with permits allowing them to access the beachfront. Whereas people without permits are not allowed to utilise the nearby parking bays, therefore have to park very far away from the beach and make a long walk to the beach. It’s only under certain strict circumstances that the public’s access to the beach may be limited. 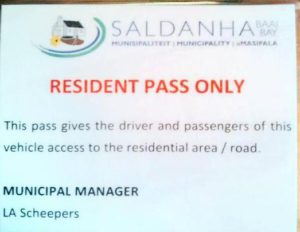 Environmental Affairs Minister Edna Molewa and her department are working with the Saldanah Bay Municipality to determine whether it is warranted in barring access to anyone and ensure people get admission to the West Coast Beach. Molewa said that the access to countries natural resources, including the beach is a constitutional right.

There were public suspicions that this matter was related to racial discrimination. In an interview with Eye Witness News, Mayor Marius Koen confirmed the system had been introduced to curb late night parties and vandalism. Minister Molewa added that “My office will not hesitate to take any urgent enforcement measures to ensure all citizens access to the beaches.”

What is your view?