Who is Alexis Preller ?

Alexis Preller was born on 6 September 1911 in Pretoria. He left for England in 1934 where he studied art at the Westminster School of Art. He returned to South Africa in 1935 before leaving again, this time for Paris, where he visited studios, galleries and museums. Preller is defined as South Africa’s Gauguin, he was said to have been influenced by Van Gogh and later by Piero della Francesca. Preller was one of the most innovative artists of his time. He died in Johannesburg, on 13 December 1975, from a heart attack.- SAHO

Alexis Preller’s Fleurs du Mal is a misleading artwork. At first, second or third glance you take it to be a beautiful exotic woman in the vein of one of Gaugain’s Tahitian works. The artwork, which will go on auction at Strauss & Co’s auction in Johannesburg this month, is a product of the trauma of war.

Staid patterns in visual culture have programmed us to misread the painting. It seems unlikely when Preller made the work, in the mid-1940s as World War2 was ending, he was trying to trick the viewer. He was possibly putting a socially pleasing spin on conditions he felt he could not be open about. 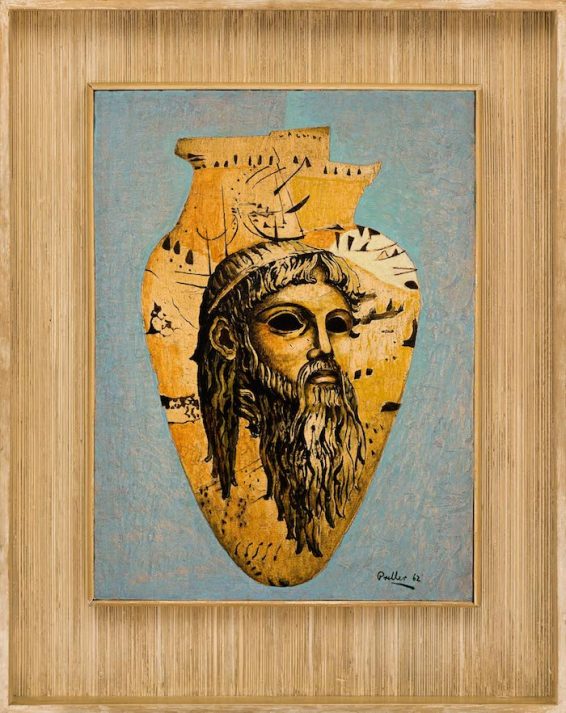 As a homosexual man he enjoyed naked men and Fleurs du Mal (Flowers of Evil) is an expression of him luxuriating in this desire. Preller was openly gay but he was not, as the art historian and artist Karel Nel has observed, “indiscreet or provocative” Your initial perception of the gender of the subject is rooted in our expectation that a naked subject ought to be female. This misperception is slyly advanced by Preller as the painting directly recalls Paul Gaugain’s Manao Tupapau (Spirit of the Dead Watching), one of the French artist’s famous portraits of a Tahitian woman. 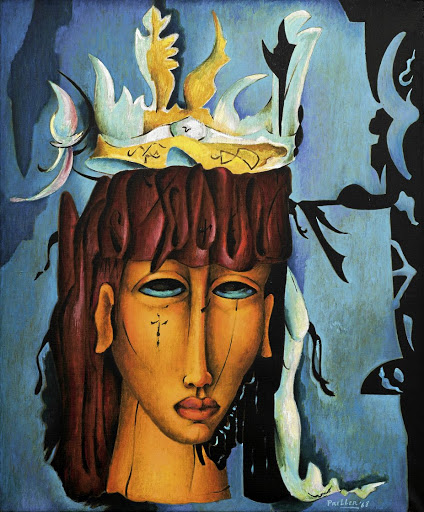 But if you compare the two, you’ll notice that Preller’s naked subject doesn’t have feminine curves. The subject has no hips, the buttocks are firm and the shoulders are broad.

He needed to sell his art, often to a conservative, ”verkrampte” Pretoria audience. Embedding a male nude in a familiar way could be read as part of his discretion. The trauma of war is also hidden. The study grew out of drawings he made of injured soldiers he encountered during his time as a POW in Italy during the war.