Seven years  of waiting and Thandiswa Mazwai finally released an album on the 25th November that has all her fans in oh! The Soulful, Contemporary and Jazz  singer released an album which she named after her mother “Belede” who passed on when she was 16 years old. In an interview on 702 She state that “This album  is a tribute to all my loved ones, Passed and living.” 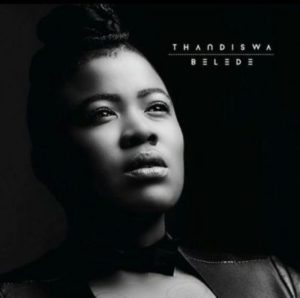 The album features tributes to the likes of Letta Mbuli And Mam Busi Mhlongo amongst others. In one of her extraordinary singles Jikijela she kept a parallel line between work written back then to the present time, sampling a news clip of the #FeesMustFall movement at the beginning of the song. She added “The song focuses on the continuous struggle like the sense of Aluta Continua. It does not stop.”

For the first time since her mother’s passing , she’s at a stage where she can celebrate her memories which had a great contribution to the state of her album. “It Is amazing to be able to share her name so often” she said . The album contains nine Soulful songs that may lead to a tear or two. Download on ITunes at R9.99 a song.  Her fans can look forward to 2017 with bliss as her next album tour begins early next year.

Share. Twitter Facebook Google+ Pinterest LinkedIn Tumblr Email
Previous ArticleKidney Failure, here is what you need to know
Next Article Straight Rural White Men having sex with other men but not identifying as Homosexual