You are at:Home»Bloggers»Young, black and gay in corporate South Africa by Kholekile Mnisi 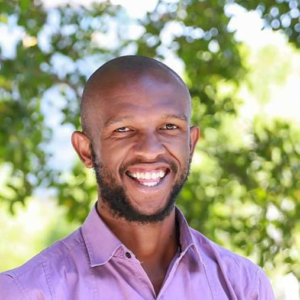 Yet, the conversation seems not hopeful enough and elevated enough as many LGBTQA+ South Africans endure challenges including homophobic violence, social stigma, HIV-Aids’ infections and, most recently, a rising trend in corporate homophobia.

A muted conversation that not many managers, executives and employees ever unpack is that of being young, black and gay (YGB) in corporate South Africa.

It seems it is more than just a sexuality thing but also a race and social background thing.

Breaking it down, being young in South Africa is very challenging given the challenges the youth are faced with. Being black, on the other hand, on its own a struggle. The fight is for recognition, inclusion and reward. Now take the two, young and black, and factor in being gay and a whole different conversation is sparked among homosexuals who fit all criteria in corporate SA.

It is is for one purpose for corporate South Africa to have policies on sexual diversity and racial inclusion look good on paper – This is compliance.

Minimal effort is made toward acceptance. YGB corporate citizens are still tolerated and not accepted in corporate SA. It is the silent conversations that take place and YBG gets treated as part of the furniture.

Inclusive as corporate SA may seem to be from a legal and social outlook, significant work needs to be done to impact and transform the corporate sector. YBGs need inclusivity, agency and unrestricted participation.

The media has a significant role to play in this regard as the conversation of homosexual representation in corporate SA still needs to be unpacked in context.

Being YBG in corporate SA is the equivalent of being a dent and a virus to the corporate sector. There is a need for top-level management to embrace the core tenets of the Constitution.

Quite often than is reported, greetings cards will be sent out to employees for Women’s Month, Youth Month, Christmas, Eid and other political and religious “months and days”. However, very rarely do those in corporate structures send out company communications highlighting significant LGBTQAI+ events such as the like of Simon Nkoli, Pride and sexual diversity months.

The struggle is real!

Being in corporates for the YBG is a struggle for recognition and beyond.

It is an undocumented Leviticus altogether.

The government, civil society and the like need to be at the forefront advocating for corporate inclusion and representation of those who come from black communities that are predominantly not accepting of homosexuality as it still viewed as not cultural and taboo.

To pave way for those YBGs who are coming into corporate SA, we need to see evidence of more executives coming out to the forefront and empowering those who are in junior positions and are yet to be integrated into the politics, philosophies and the struggles of corporate SA.

South African corporates also need to reiterate during their employee training and induction programmes their stance on a mutually diverse and accepting culture.

It is not just the use of the acronym “LGBTQAI+” but rather an open and vocal dialogue in the corporate corridors and boardrooms where the full phrases “lesbian” “gay” “bisexual” “transgender” “queer” and “asexual”. “Intersex” can be used as the scope for empowerment, education, transformation and inclusivity for the much-marginalised gender groups.

The law protects South African from labour discrimination on the basis of sexual orientation among the varied categories. In the year 2000, similar protections were lengthened to fit public accommodations and services, with the start of the Promotion of Equality and Prevention of Unfair Discrimination Act.

A paradox though, homosexuals in corporate SA still feel discriminated against.

The law had been passed but penalties for non-inclusion were not set out for a non-compliant corporate South Africa. With no specific hate crime legislation, this significant gap is becoming the playground for corporate SA to trample upon one of the most marginalised groups in society.

Radical transformation and intervention is needed to ensure that those who recognise as LGBTQAI+ are accepted, involved and trusted within the echelons and dynamics of corporate SA.

LGBTQAI+ professionals are employed at major companies throughout the country. This segment of the population is also targeted through various marketing campaigns as corporate SA now recognises the value of the “Pink Rand”.

Disappointing as it is, business in SA undervalues this market as very few companies come on board towards raising awareness and pledging acceptance as well as supporting initiatives such the Gay Pride.

SA needs to be moved forward and embrace that homosexuals can be in “non-typical” careers such as public relations, media, design and the like. We need to move the republic forward and start recognising homosexuals in fields such as engineering, agriculture and mining.